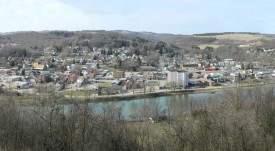 The assets of The Citizens Water Company of New Bethlehem were transferred to the RVMA on April 13 1960. President of Citizens Water Company at that time was P. C. Andrews and the Secretary was Alfred H. Smith.  Officers of the RVMA were Paul Q. Sivertsen, Chairman, W. D. Hayes, Vice Chairman, Bertram Hartzell, Secretary, Louden Stuart, Treasurer, and Charles G. Blobner, Assistant Secretary-Treasurer.

The RVMA and Mahoning Township Water Authority (MTWA) signed an agreement 5 August 1968 for MTWA to the purchase bulk water from the RVMA at the rate of $.30 per thousand gallons. 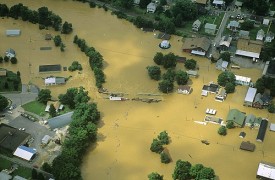 The Department of Environmental Protection (DEP) directed that the RVMA and the surrounding townships of Porter, Redbank Clarion, Redbank  Armstrong and Hawthorn Borough form a joint Municipal Authority to provide wastewater treatment to properties in those municipalities.  After 13 years of negotiations the joint Authority was established under the RVMA name on September 18, 2003.  Four board members were added, one from each of the new municipalities with full voting rights beginning in January 2004.  In January 2004 the Board consisted of the following members:  William George,  President, Larry Adams, Arnold Dinger, New Bethlehem;  Bob Case, Mike Tharan, South Bethlehem; Steve Greenawalt, Porter Township; Darl Bish, Hawthorn Borough; Adam Nulph, Redbank Township Armstrong County; and Eric Myers, Redbank Township Clarion County.

Both Redbank Townships and Hawthorn Borough pulled out of the RVMA.  The RVMA approved the request for withdrawal on Dec 21, 2006.  The withdrawal was recognized by the State April 4, 2007. The three municipalities then formed their own authority Hawthorn, Redbank, Redbank Municipal Authority (HRRMA). 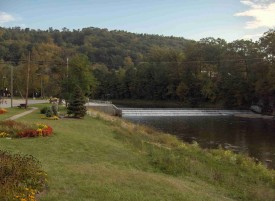 Prior to the withdrawal the Hawthorn Water Authority (HWA) wanted to expand their service to Oak Ridge in Armstrong County but in order to do so, DEP required them to have an emergency source of water. That source was the RVMA.  HWA had to build a connector to the Fairmount City Water Authority (FCWA), a non-producer, which was receiving their water from the RVMA.  State law would not allow RVMA water to pass through FCWA to HWA so FCWA agreed to turn over its assets to the RVMA.  The FCWA agreed to turn over all assets of the Authority to the RVMA on March 14th 2005.  The RVMA voted to take over the Fairmount City Water Authority assets on the 17th of March 2005.  The sales agreement was finalizes on 28 January 2009 after all funds received from FCWA were expended on FCWA water bills. HWA also signed an agreement with RVMA to pay the non- bulk RVMA customer rate for water. 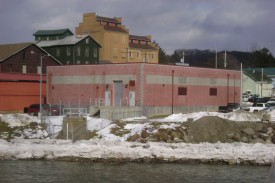 RVMA proceeded to build a new water plant and replaced the dam as part of the water intake project with reconstruction funds from the Obama stimulus program.  Cost for dam restoration was about $2.5 million. The intake project was completed in 2009. Dam was illuminated which made for an exciting entry into PA Wilds from Pittsburgh.

Construction of the new water treatment plant was initiated in early 2009 and DEP issued a permit to place water into the distribution system in Dec 2010. Approximate costs $9 million.

July 2009 RVMA took over sewer systems of New Bethlehem and South Bethlehem along with the debts associated with the sewer separation projects.

The waste water treatment plant was upgrade was initiated in late 2011 and completed in 2013 for a cost of about $5.5 million, all grant money. The upgrade allowed for the treatment of infiltration in the system and the adding of wastewater disposal for residents and businesses in Southeastern Porter Township. The capacity was expanded to meet the needs of the surrounding municipalities per DEP direction.  Sewage disposal service was expanded to Cottage Hill and the Route 66 corridor in 2011 and a new pump station was built in South Bethlehem replacing two old ones. Approximate cost $10.8 million with $8.3 million in grants.